On fear and death

Most experiences in life occur not with a bang, but a whimper. However, from time to time there are those which leave something of themselves before they pass on. In my particular case it is a darkness that I once saw which persists forever within me. The thin figure of horror is always at my window. Let me tell you about it.

In youth, as in life, being scared is an inevitability and as a teen, being able to withstand that fear was something I prized. I trained for it. There was a video shop around twenty minutes' walk from my home, and each weekend I would rent around three or four different horror movies to watch with my best friend. We would spend those nights ensconced before my tiny bedroom TV-VCR, wide-eyed at B-movies, and exposing our impressionable minds to spectral families and fog-ridden coastal towns. It's not a huge surprise that horror resonates so strongly with me today, looking back. We reveled in the thrill of scaring ourselves, and it's a passion that has survived for me to this day.

A decade later, I still relish that opportunity to experience discomfort but, while the fear-thrill remains, the medium has changed. The immersion offered by interactive fiction has culminated in my abiding love for the horror videogame. Whether I'm jumping off the sofa while playing Amnesia: The Dark Descent, or dreading another trip across a dilapidated hallway in Silent Hill: Downpour, something about horror touches me in a way to which no other genre can come close.

I'm like a haunted-mansion's broken record player when it comes to Silent Hill 2. As a masterclass in modern horror storytelling, yadda yadda yadda it's three hours later and you wish you'd never mentioned to me that there is fog on the road this morning. Konami's seminal moment in that series affirms my fascination, and the wider human preoccupation, with death.

From how we die, to how we grieve, right down to the fact that we've developed the Kübler-Ross model to academically quantify such an essentially natural experience, all of these frame how strange it is that the theme is not more prevalent in videogames, in comparison to other forms of media. There may be no shortage of games in which people die, but few go that step further to reflect.

The two most recent games that I want to talk about here are the aforementioned Silent Hill: Downpour, and Firaxis' XCOM: Enemy Unknown. Both of these touch on death in different and interesting ways, and both persist within the horror genre. Fitting candidates for examination. 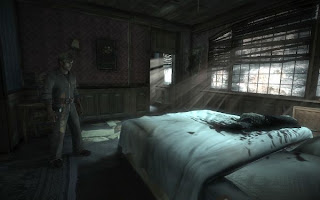 Silent Hill: Downpour is one of the series' better recent games. In a franchise that has stumbled since it left the PlayStation 2 behind, SH:D is a welcome return to form. It is assuredly flawed, but serves as a step in the right direction. The main story arc alone handles three separate instances of death, each with its own special tangle of moral implications. The theme of guilt weighs heavily, tarnishing each tale, not to mention the fact that players assume the role of an escaped prisoner. (Those unfamiliar with the series may benefit from this aside that Silent Hill tends to feature characters with dark pasts.)
What SH:D does so well is subtly encourage us to reflect on and to consider the consequences of such events. They are touched on throughout the game's events, but never fully featured. We are shown moments and brief instances, but are left to fill the blanks on a handful of ruined lives. When not delivered the full story of what happened, that wonderful gift, the human imagination, turns on itself and constructs its own world of what might have been. The story is made richer, and all the more terrifying, through a detail economy.
SH:D teaches us not just to fear our own death, but to fear what might happen if we were left to pick up the pieces. 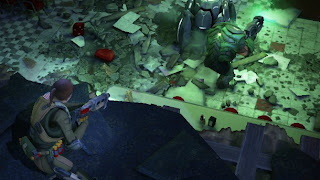 Conversely, XCOM: Enemy Unknown shows each death in glorious turn-based strategy. Where XCOM (for short) particularly excels is in its rejection of the concept of disposable soldiers. In far too many games, death has no consequence. Whether units can be replaced, or whether you press 'Continue', we are shown death as a trivial stumbling block on the road to success. XCOM does two things brilliantly: 1) Encourages you to invest and develop relationships with your units, and 2) Kills them and forces you to move on.
The fear and terror you experience as you watch your best soldier executed is very real. All too frequently, I am left cursing myself for not keeping my team together, or for not spreading them out, or for getting wrapped up in this alien business at all. There is no 'right' way to play XCOM, but there are many paths that are wrong.
A strange and compelling aspect of the game is the inclusion of a memorial to your fallen heroes. Accessible via the Barracks screen, you can spend time with the names and faces of those you lost. It's quite amazing to offer players an environment in which to pay their respects, and it's one of few such examples that I can recall.
XCOM's unceasing lecture is that the reality of death is inevitable, and that those left behind must carry on, never to dwell on what might have been. There is no sense in fearing what we cannot change.

Fears of death, fears of life, fears of survival at a cost. These are complex and difficult topics to address directly. While they may be difficult, I believe that horror helps us to comprehend and ruminate on them. Because even now when I look out the window, that haunted figure still stares back. 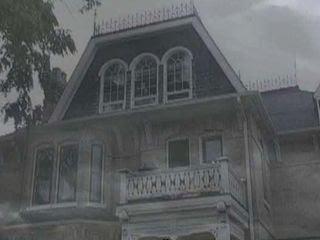